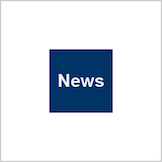 He held a number of roles since joining BOSTES in 1997. As a Senior Assessment Officer he was responsible for developing HSC examination papers for numerous languages courses, working with chief examiners, examination committees, supervisors of marking and senior markers to ensure the quality and validity of HSC exams.

As Inspector, Howard led curriculum development and assessment practices in languages across NSW. He provided leadership and strategic advice to the NSW Community Languages Schools’ Board and was involved in many national languages programs and projects.

He made a significant contribution to the development of new policy to increase the number of students studying languages in NSW schools. He provided expert advice to the NSW Languages Advisory Panel and has been a key driver of cross-sectoral collaborative initiatives.

Most recently, he led the development of the new K-10 curriculum framework that will be used to develop a suite of new language syllabuses, as well as new prescriptions for HSC extension, background speakers and classical language courses.

Howard’s experience and expertise in the field has been highly valued by the many schools, teachers and students he has worked with, and supported during his time at BOSTES.

We wish Howard a long and happy retirement and thank him for his contribution to languages education for students in NSW.