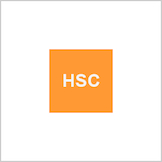 Benjamin said "I would definitely recommend the subject Aboriginal Studies to other students, both Indigenous and non-Indigenous, because the course provides a knowledge and understanding of Aboriginal issues which should be accessible to all Australians."

In NSW the number of enrolments in the subject and schools offering Aboriginal Studies in Stage 6 has increased consistently over past years.