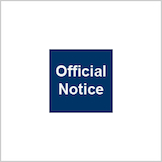 The following amendments have been made to the examination specifications for Stage 6 Latin Extension to accommodate both prose and verse text prescriptions:

The revised specifications can be found in Assessment and reporting in Latin Extension Stage 6 available to download from the HSC syllabus page of the BOSTES website.