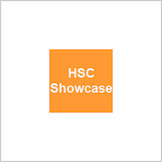 More than 1600 students studied English Extension 2 in the 2015 HSC and 18 have their works published in the WordeXpress’ Young Writers Showcase anthology.

“The Young Writers Showcase celebrates great writing. In whatever career path we choose, expressing our ideas to engage our audiences is important. That is the value of a great education,” Mr Alegounarias said.

“I wish to congratulate the 18 students whose works have been selected for WordeXpress and thank them for sharing their creativity.

“We all learn from reading works of excellence and every year it is a great pleasure to learn from such insightful young minds.”

The works include four poems, eight short stories, three critical responses, a speech and a script.

One student, Caitlin Williams was also selected for OnStage, the Drama showcase.

“As high achievers in a range of HSC subjects, the students have demonstrated both deep and broad knowledge,” Mr Alegounarias said.

“I also wish to acknowledge the effort and support of the English teachers who have nurtured the talents of their students.”

In addition to WordeXpress, BOSTES celebrates excellence across a range of subjects with our annual showcases.

These include ARTEXPRESS for Visual Arts students, OnStage for Drama students, CALLBACK for Dance students, Encore for Music students, and Shape for Design and Technology, Textiles and Design, and Industrial Technology students.

The featured authors in Young Writers Showcase15 are: